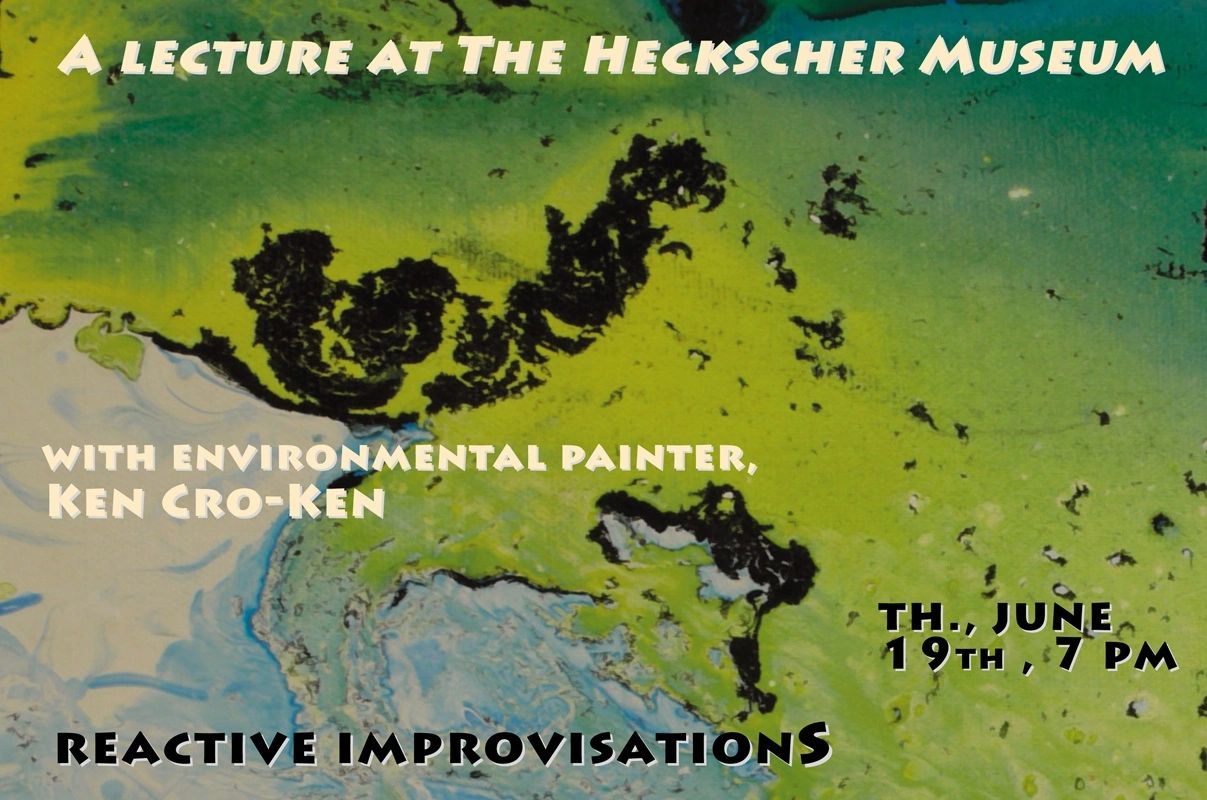 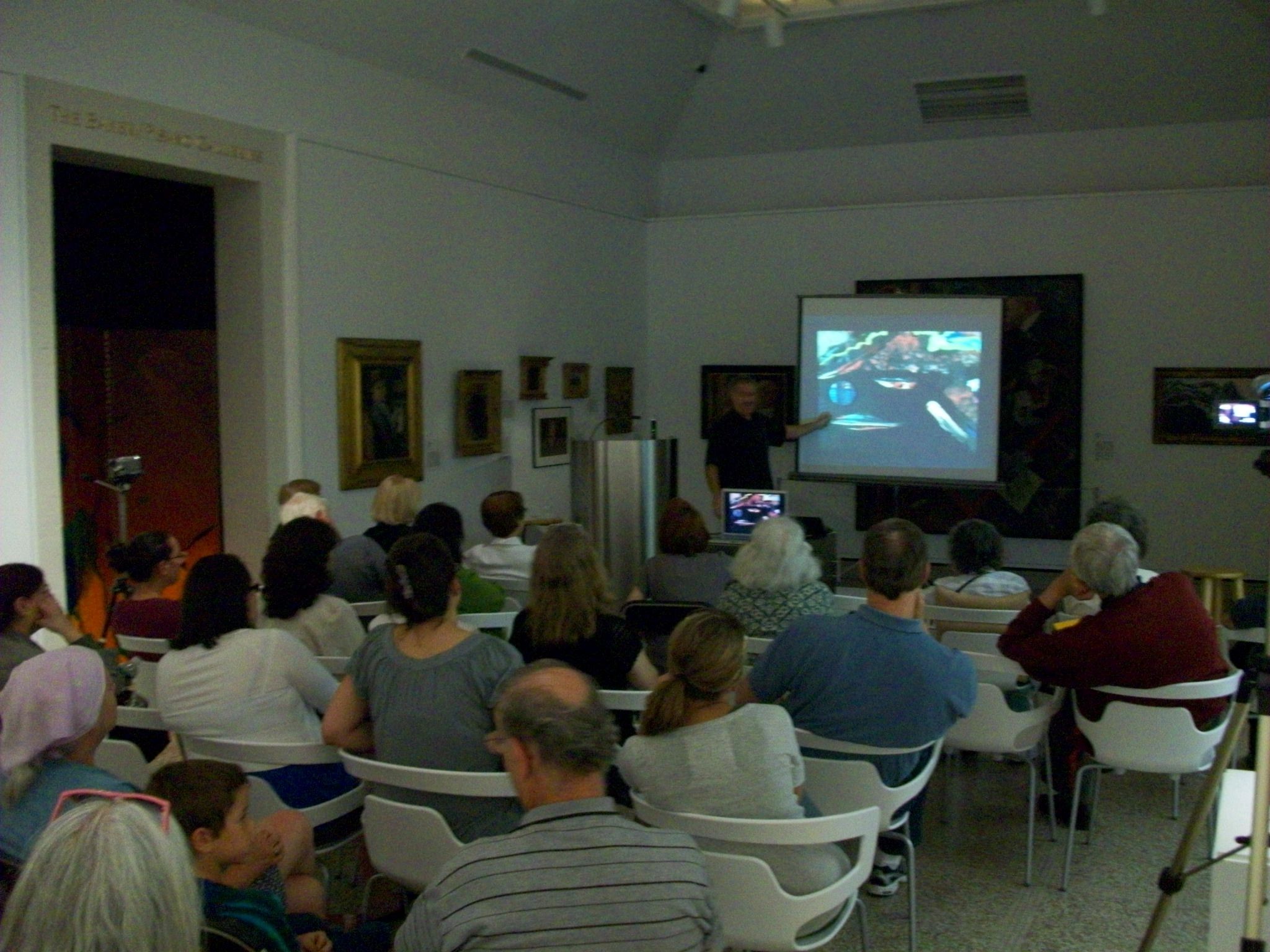 Who I am as an artist is a culmination of mentors: Robert Morris, (Conceptualist Artist while doing my Undergrad at San Diego State); John Torreano, Sculptor, Director of Art Post Grad at NYU,  (and my mentor); Saul Ostrow, (Art Historian, Sculptor, Critic, (and my second mentor at NYU); my intense research of the collective writings of Ralph Waldo Emerson; Robert Bradford, British Painter, Sculptor, Educator, and what I have learned from painting on canvases since age 13, (totaling 47 years to date.)

Half way through college  I studied with British Painter and Sculptor,  Robert Bradford at San Diego State University.  He triggered the thought to "just see what is there...  what is literally there in front of me.  Mr. Bradford brought to light Hans Hoffmann's push-pull theory that existed within my art.   I began to see the actual.  It was precisely at this same time at S.D.S.U., that I had the great fortune of being mentored by world renowned Conceptualist Artist, Robert Morris. His short visit as Artist-In-Residence at S.D.S.U. in 1980, has made a lasting impression on how I approach art and society.  Robert Morris spoke of conceptual ideas that were in themselves works of art.  For example, Morris mentioned an arts-in-public-places project he had completed in Atlanta.  He took a number of sticks of dynamite, placed them in the ground and set them off; creating a huge hole.  Then he placed a sign next to it saying- "ONE ONE-MILLIONTH OF A MEGA-TON BLAST".  I began to see the importance of the literal as counterpart to the metaphoric and began to see the actual.  Actual thought and the actual world dominated my equation of "art and life".  This led to my ironically discovering the "actual".  I further understood the actual in how Morris brought thought to action within the actual world.  It was then that I realized that this "equation" led me to question everything, down to the tools, which, led to the "Speed Element" palette I discovered and developed at  22 years of  age.  to the present time; more than 30 years later.  Ironically, this led to my discovering the actual.  I started at the beginning and began to question my materials, as well as my approach.  I am pleased to say that I never had to abandon being a painter to be an Earthwork / Ecosystem artist.

My professional career as an artist began professionally in 1982 with two exhibitions, "Macro-Micro", in the largest city, Aucklandand; on the North Island; and on the South island  in Christ Church. This included several newspaper articles and several half hour radio talk shows in Auckland, Christchurch and Rotorua, N.Z..  These exhibitions, , were based on the circular three inch mini painting that are today an integral part of my art.  One is also immediately struck with the large gallery space and the small paintings that dotted its' walls.  What was being stresses was the concept of scale.  Art work does not need to be monumental scale to convey the enormity of space.

The decade that followed, the 1980's, was a time to develop my unconventional palette and begin to understand the essential balance I needed to strike between my "inner and outer self".  Emerging from this personal journey and time spent with the emerging art scene of that decade, I returned to the academic world  to receive a Master’s degree in Art from New York University with the Head of the N.Y.U., Steinhardt School Art Department, Sculptor, John Torreano as my mentor.  John Torreano brought out the "why, why why?!" that led me to commit to this marriage between myself and the world; to become the environment / ecosystem painter that I am today.  He, together with the brilliant Art Historian, Saul Ostrow at N.Y.U. brought me face to face with my art and my time.  Torreano and Ostrow both stressed the importance of-  "Content! Content! Content!  Do everything with meaning and purpose."  What struck me most was to consider the idea that art not only refer to itself but to see art as a "means to an ends." and choose to create a shift from "archeologist" dealing with object making, (paintings and sculptures), ans shift to the job of being a sociologist dealing with contemporary issues facing our social and/or personal experience.

Whether I am on the roof garden studio in Manhattan's East Village, on 2nd Street between Avenues B & C or at the indoor studio, I am still an ecosystem painter because Nature is all around us.  I don't deny or avoid Nature's influence.  Why would I want to exclude the most fascinating and inseparable aspect of life... Nature.  I ride Nature's coattails with amazement and fascination.  As an Actualist, I continue to learn how to accept what is and proceed from there.